The practice of confining poultry birds in battery cages has gotten a lot of attention since it is against animal welfare standards.

The law in California prohibits the sale of eggs from farms that use battery cage methods, and here’s why.

California processed about 250 million chicken products, placing it among the top poultry producers in the United States and a global competitor. In recent years, as of 2018, California voters adopted the farm animal confinement initiative Prop 12, and below is what it says about battery cage usage and animal confinement in animal production.

Farmers are required under Proposition 12 to provide adequate room for egg-laying hens, breeding pigs, and veal calves. The law also strictly regulates the sale of meat and eggs from farms that do not provide sufficient space for their farm animals.

Housing pregnant pigs and veal calves are technically illegal. In poultry farming, even if you confine a bird in a cage with fewer movements, you are still breaking the law and compromising the animal’s welfare.

Supporters of the law

Prop 12 on farm animal confinement did not happen in a year and a single court hearing. It proceeded through 2008, 2017, and 2020, and it is still relevant in animal welfare protection in California today. The bill was supported by organizations listed below. 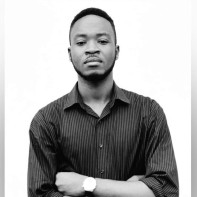